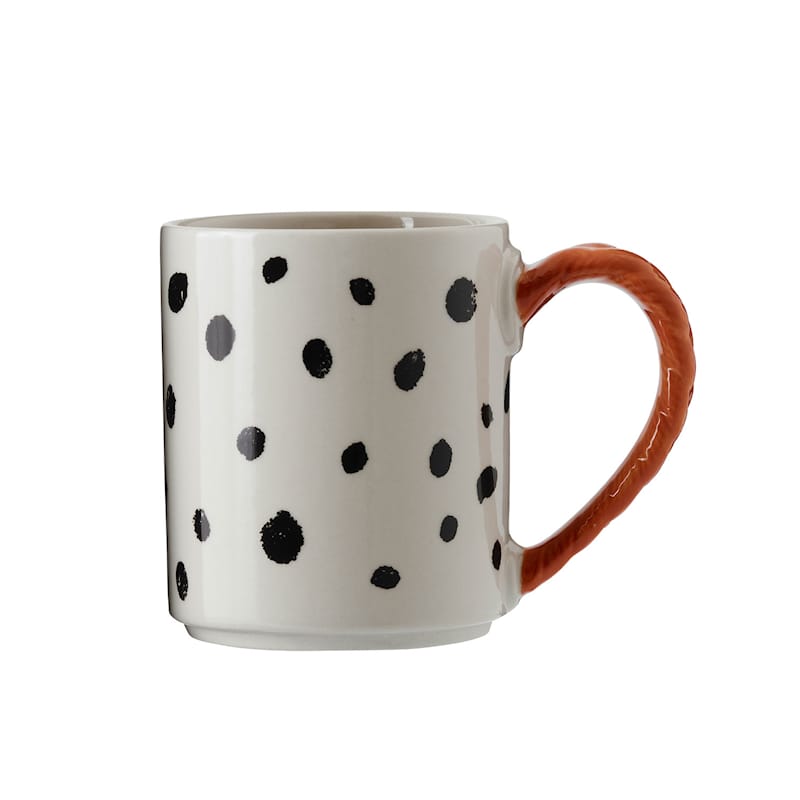 The mug is playfully designed with a handle similar to Pippi's own braids. The outside of the mug is decorated with hand-painted dots that is similar to the ones that Lilla Gubben has. On the inside there is a tiny illustration of when Pippi proudly lifts her horse Lilla Gubben above her head.

Astrid Lindgren held a lifelong fight for children's rights, which can also be followed in all of her books. She was an ambassador for children regardless of their life situation and that was also why Astrid Lindgren AB decided to contribute and enter into a collaboration with Rädda Barnen for the 75th anniversary. There are more people on the run than ever and according to the FN:s refugee forum, UNHCR, 68.5 million people are on the run, half of them are children. The collaboration between Design House Stockholm, Rädda Barnen and Astrid Lindgren AB is a grand symbol of strength and how you can work together to contribute and change to strengthen young girls on the run.

The mug is available in two sizes and at the bottom of each mug there is an anniversary stamp. The mugs are only sold during the anniversary year 2020.